What is a Porter, and how is it different from a Stout?

Next up on our What Is series, we'll take a look at what the heck is a porter and how it differs from stouts. This is one of the most common questions that we get here at Ang Mo Liang Teh, and most people cannot really tell the differences as they look similar in colour.

But we can't really blame them because both these malty, velvety dark ales are closely intertwined, both in history and in the minds of beer drinkers. To better understand this, we need to time travel back in time to the early 18th century in London, England.

History of the Porter

The Porter style beer is well-hopped and pours rich, dark from the use of brown malts. It got its name from its popularity amongst the street and river porters. This style of beer was extremely popular as they do not require ageing and can be drunk immediately.

It is also the first style of beer to brew across the world and its popularity grew, with production commencing in North America, Sweden and Russia by the end of the 18th century.

As porters soon began to have a few variations, they were marketed under names such as "Extra Porter", "Double Porter" and "Stout Porter" which was later shortened to just stout and it became a category unto themselves.

So what's the Difference?

To make a clear distinction between the two styles, the biggest difference between the stout and porter is the type of malt used during brewing. For those who are new to craft beer, you may check out this video here on what is malt and how craft beer is being brewed.

Porters use malted barley, while stouts use mainly unmalted roasted barley. This use of roasted barley causes the beer to be a lot less sweet than the porter, with the rich fruitiness replaced by a robust hop aftertaste. A distinct dry-roasted bitter finish is also what gives stouts their unmistakable coffee-like flavours.

Porters on the other hand, tend to be fruitier and slightly sweeter and you can expect warm caramel flavours which are perfectly balanced with dark malty bitterness.

To end this off, can one taste the difference between the two styles? To a certain extent yes.

While there’s not a technical definition to distinguish the two, porters typically taste a bit sweeter and lighter with a slightly lower ABV than stout.

Here at Ang Mo Liang Teh we carry a variety of Porters and Stouts. Some of the popular ones that have seen customers coming back for more are the KBS, Anderson Valley Barney Flats Oatmeal Stout and Chocolate Hazelnut Porter. Be daring and try something different for a change. View the whole collection here! 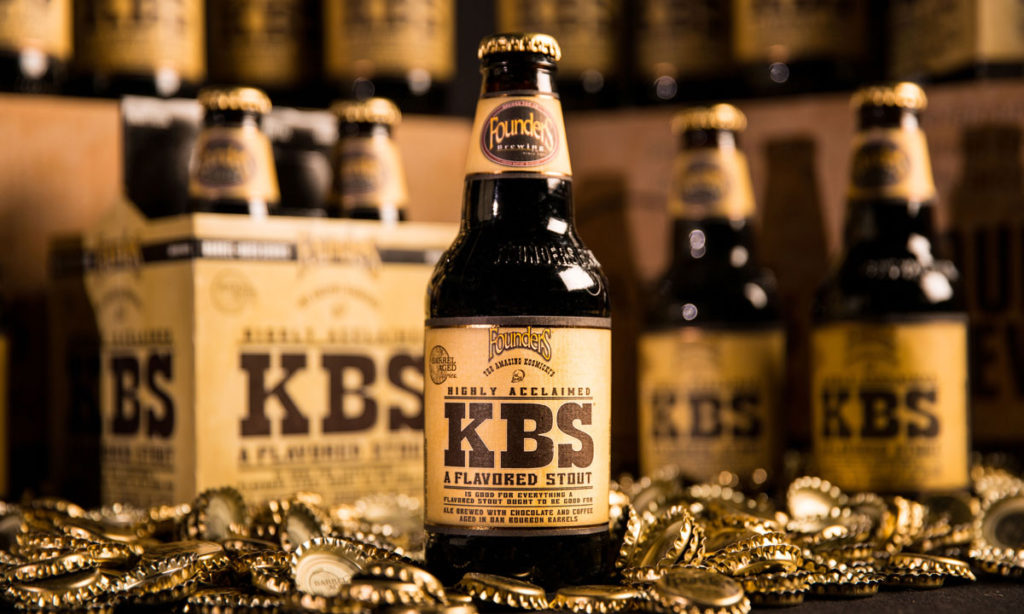